A piece of the Campo del Cielo meteorite that struck the Earth 4000-6000 years ago. This is a nice palm-sized piece!

The first record of the Campo meteorite was in 1576. A Spanish governor learned of deposits of iron from the Indians who reportedly believed that it had fallen from heaven. The location of the find was the Campo del Cielo (field of the sky or heaven), a fitting name for the location of a meteorite. Since the Indians believed that the irons fell from heaven the name may have come from the meteorites. Carbon dating of charred wood found in impact craters is consistent with an Indian oral tradition of the time the irons fell from heaven.  The area in which the meteorites are found is an open brush-covered plain that has little water and no other rocks, which is very good country in which to locate meteorites.  The larger meteorites are found in and around a series of small craters in the southwestern part of the strewn field. The largest crater measures 78×65 meters. The smallest being around 56 meters. All together, searchers have found at least 12 craters.

Portland Rock Stars, today and tomorrow is your ch

This Black Friday and Cyber Monday, we'll be givin

You asked for it and so we're giving it away! You

Check out these gorgeous moss agate pendants we ju 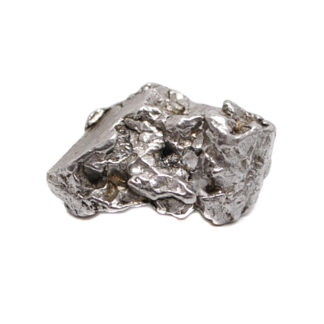