Anne is originally from Pennsylvania where she began her love for rocks and fossils. One of her favorite childhood memory includes “rock picking” with her grandfather which is when she began collecting specimens. Anne spends her free time making jewelry, working with polymer clay and creating wearable art. She is also a volunteer at KBOO Community Radio. Her favorite rocks are amethyst and celestite. 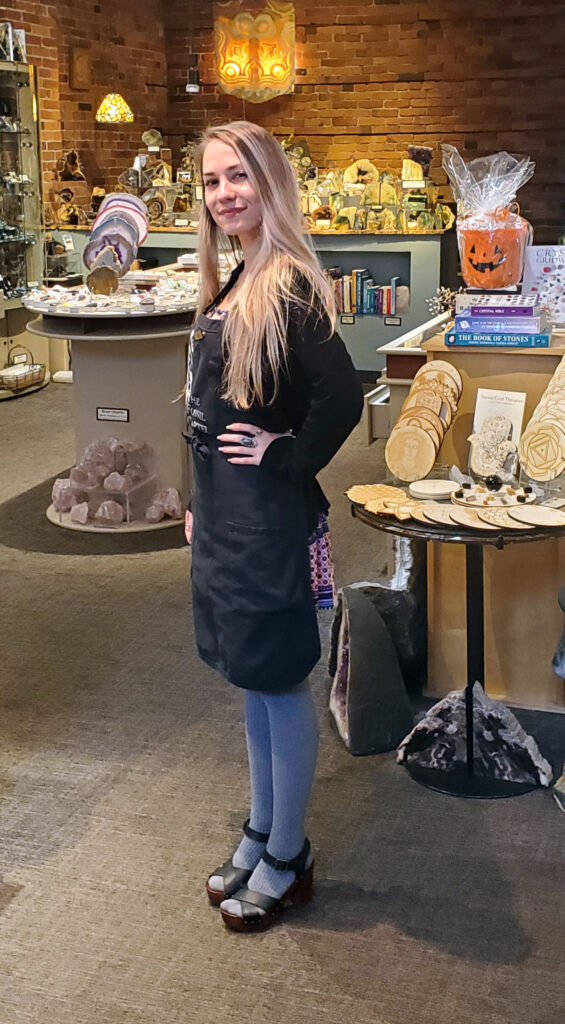 Jen began her journey with minerals about 3 years ago when she began working at a rock and crystal store in Chico,CA called Geology Rocks! And Minerals. From there, her love and fascination for the ever-expanding mineral world grew from there. From going to trade shows to rockhounding, she is a rock enthusiast to the core. Spreading the knowledge and ultimate appreciation of these amazing works of natural art is just one of her many passions. Some of her favorite minerals include amethyst, labradorite, and vanadinite. 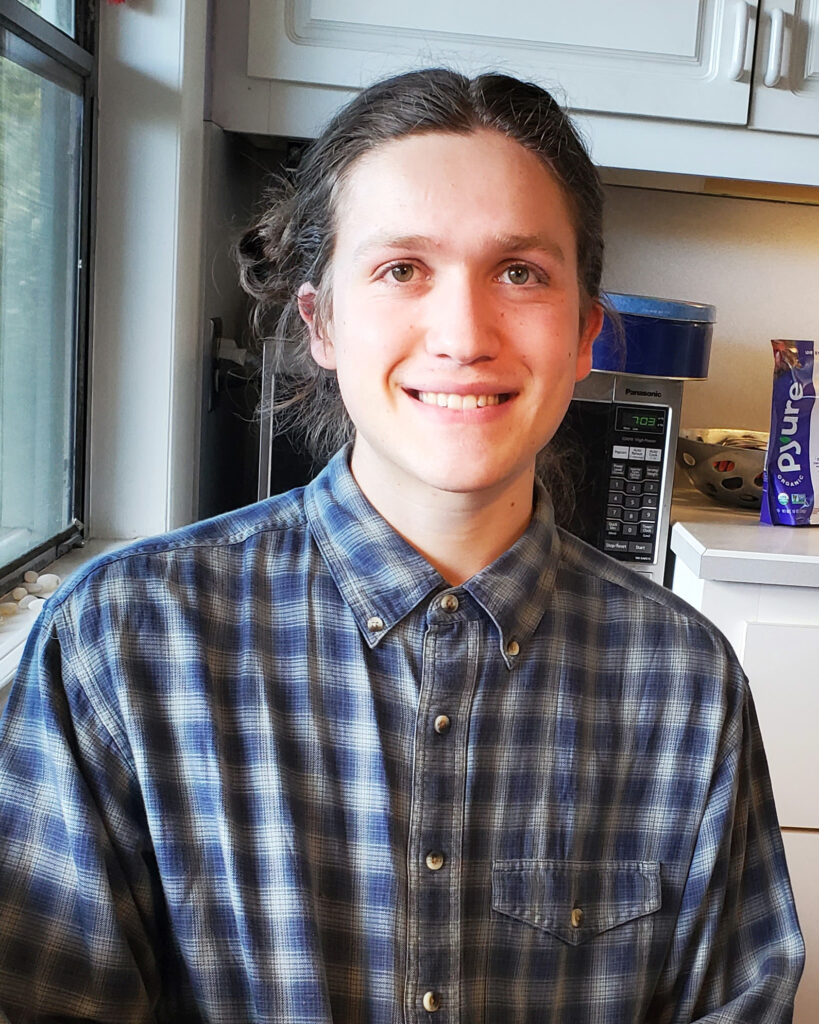 
Jem’s love for rocks and minerals can be traced back to tagging along with his parents to gem shows, as well as helping out at this very store when he was little. Connecting with others over a shared love of stones and fawning over unique specimens are some of his favorite pastimes. In the future, he hopes to work with kids in building healthy and knowledgeable relationships between them and the natural world. Some of his favorite rocks are pietersite, dioptase and opal. 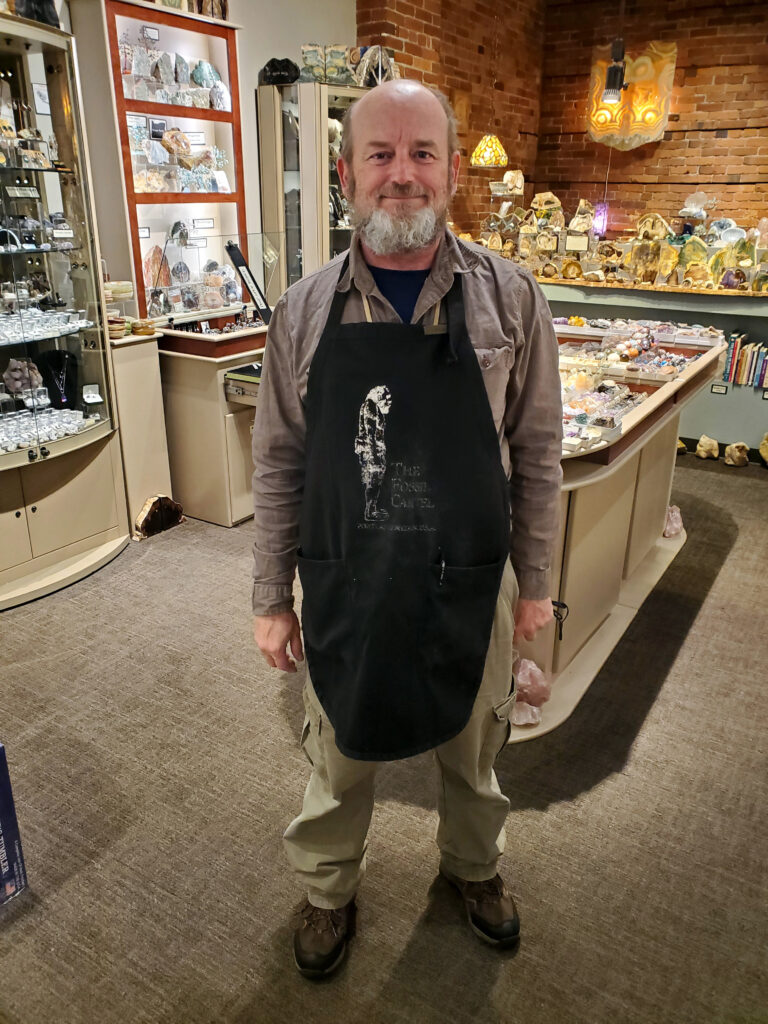 Ken has been selling gemstones for decades starting with Mexican opals in the mid-1980s. He spent most of those years traveling and selling cut stones and crystals to jewelers. His personal favorite stones are opals, Oregon sunstone and tourmaline. Ken also sells cabochons and faceted  stones on Facebook through his business page: Elfingoyle Gems LLC. 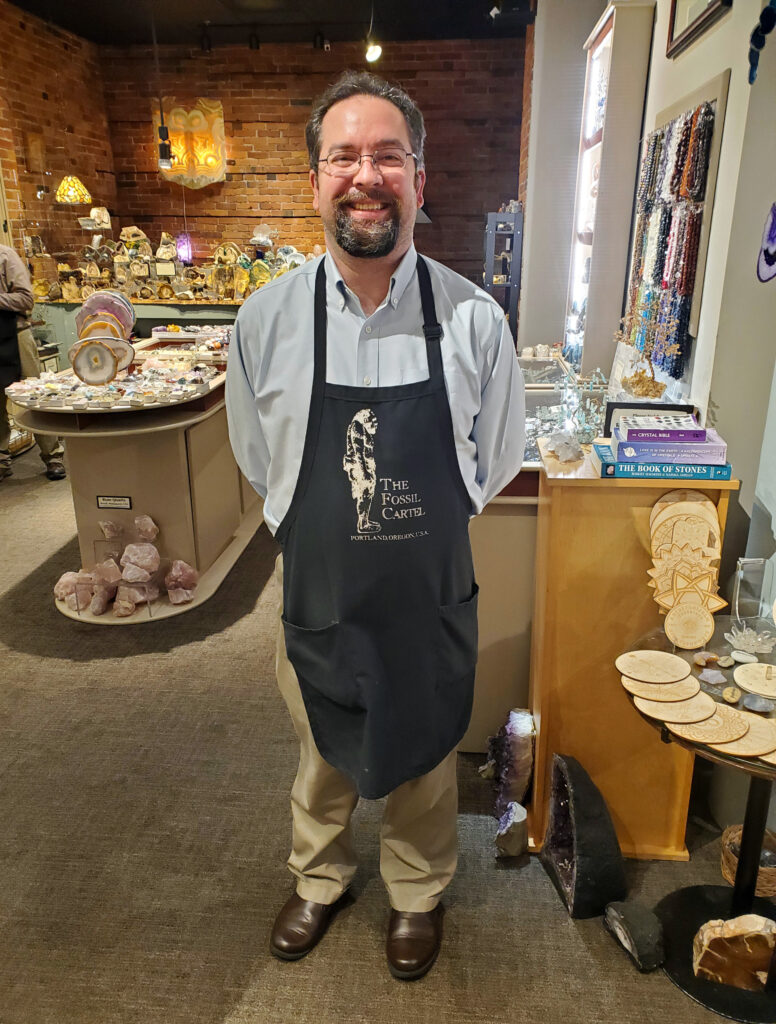 Mark got started with rocks at the age of 5 growing up in Northern California. His grandfather had a jade mine and a gold claim in the area, so he learned to spot things young. Mark continued collecting and learned to do lapidary work, selling cabochons and specimens at rock and gem shows in Central Oregon, then moved back to Portland a few years ago. His favorite minerals are rough fluorite, aquamarine and tourmaline.